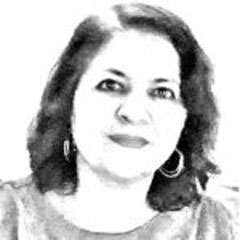 12 June is observed as Child Labour Day and the United Nations laid down the 2022 theme as; “Universal social protection to end child labour” which envisages increased investment in social protection schemes to create strong foundations to prevent children from being forced to labour. Interestingly, despite 12 June the recurring year after year, according to the United Nations Pakistan UNICEF-ILO Report of 10 June 2021 160 million children, some as young as five years are in child labour around the world. Reasons could be innumerable, especially in the context of our own beloved country but the most prominent one remains poverty. Amazingly, no matter how poor families are, this does not prevent them from having more and more children as if they are not human beings but potential beasts of burden for their imprudent parents. They fail to note that they are not producing some inanimate objects that can be screwed onto industrial machines to keep them rolling. They fail to realize that what they are begetting are real humans made of flesh, blood, and sentiments and who require care, love and emotional support. Unlike animals that learn instinctively, human babies have to be guided, educated and groomed to transform them into conscious, healthy and useful social beings.

Babies usually tend to attract even a passerby. The way they appear and their helplessness instil love drawing people closer to them. They say that infants and the elderly are similar in their characteristics but while one willingly caters to all the natural needs of the former, the same kind of care is generally shown with a bit of aversion for the latter. This is quite typical human behaviour. Considering the genuine need for attention, from birth to a reasonable level of independence, human babies require adult supervision and protection from all kinds of possible harm due to their vulnerability and lack of worldly knowledge.

Our leaders can squander billions on their own comfort and false ostentatious images but conveniently ignore criminal acts of constitutional violations being committed by the public and public office holders.

What stands out most conspicuously in humans is their minds’ ability to form deep-rooted impressions in the first seven years that they enter this world and which remains with them throughout their life. The people in their lives, the words they listen to, the treatment that is meted out to them, their surroundings, their environment, the education they receive or do not receive, the food they are given etc.; all put together influence their thought process, physical and mental development as well as their character. In this psycho-physical backdrop, no one can deny the weakness, sensitivity, innocence and susceptibility of a child who deserves to be handled as such, rather than as a mature adult and no argument, no matter how plausible, can ever justify a child labour.

The question is that when we have admitted the significance of children as the future denizens of this world then what is the meaning of mutilating their childhood and degenerating the quality of their character? One can blame the West for having introduced the concept of child labour in their ‘glorious’ period (mid-eighteenth to the early nineteenth century) of industrialization when the factories needed workers and children were ideal employees because they could be paid less, were often of small stature suitable to attending to more minute tasks and were less prone to organize and revolt against their pathetic working conditions. Although the conscience of the West has overcome this disgusting feature, the relics of this colonial legacy can still be found in substantial numbers in our blessed country-the land of the Pure. Despite a boycott by the world of our few exportable sports goods on account of engaging child labour, we have yet not been successful in completely eradicating this curse from our society. In fact, more children are at risk, especially after the Covid-19 pandemic and in Pakistan alone, this figure lingers at around 3.3 million. Poverty struck parents are forced to remove their children from school to work in deplorable and humiliating conditions to contribute towards household expenses.

Article 11 of the Constitution of the Islamic Republic of Pakistan guarantees: “No child below the age of fourteen years shall be engaged in any factory or mine or any hazardous employment,” followed by Article 25A requiring the state to provide free and compulsory education to all children of the age of five to sixteen. Not that the ruling elite is not aware of this phenomenon but other than occasional fleeting comments denouncing child labour and preparing a long list of legislation on the subject, there is no concrete enforcement procedure in action to combat the forces that continue to employ under-age children as workers.

Guy Rider, the tenth Director-General of ILO called these rising estimates in child labour as amounting to a wake-up call. “Inclusive social protection allows families to keep their children in school even in the face of economic hardship. Increased investment in rural development and decent work in agriculture is essential…..This is a time for renewed commitment and energy, to turn the corner and break the cycle of poverty and child labour.”

The report mentioned earlier, stresses the need for access to critical social protection coverage, something that we in Pakistan are little aware of. Our leaders are so full of themselves that they can squander billions on their own comfort and false ostentatious images but conveniently ignore criminal acts of constitutional violations being committed both by the public and public office holders, particularly those who are deputed to check child labour. Increased investments in universal social protection systems are needed to prevent families from putting their children to work instead of school.

Poverty cannot be alleviated by doling out peanuts in the form of a couple of thousand rupees. Billions spent in this category could have been utilized to create decent employment opportunities for adults, educating the young adolescents in technical skills as against the distribution of useless paper degrees. Child labour is more prevalent among boys compared to girls at every age. However, according to the Report, when household chores performed for at least 21 hours per week are taken into account the gender gap in child labour narrows. Nothing can be as cruel as depriving a person of his/her childhood as this has serious ramifications on overall personality dimensions causing a decline in the quality of the social fabric of society.

The writer, lawyer and co-author of many books, is Adjunct Faculty at Lahore University of Management
Sciences (LUMS)