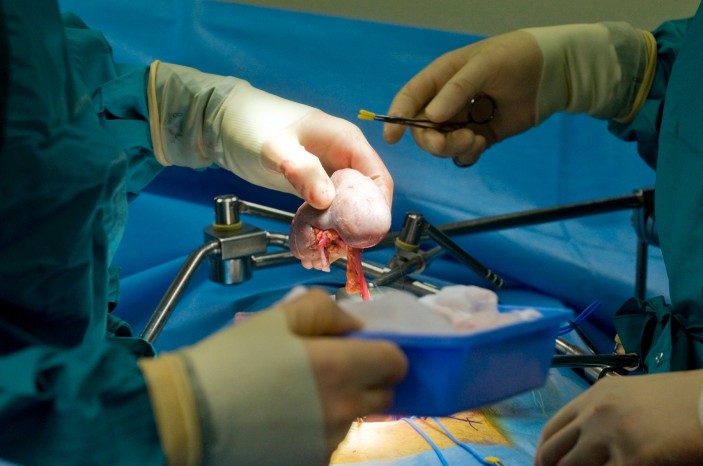 LAHORE: The Punjab government has given approval to swap transplant plan, the country’s first such scheme to allow patients to have access to the organs from unrelated donors, outside of blood relatives, in an effort to end organ trafficking.

The move by the Punjab Human Organ Transplan­tation Authority (P-HOTA) has brought Pakistan on the list of a few countries providing this facility in the field of organ transplantation.

Under this facility, approved at a meeting chaired by Punjab Health Minister Prof Dr Yasmin Rashid, an unrelated donor can now donate his or her organ to a recipient whose family member will in return donate one organ to another patient, according to P-HOTA Director General Prof Asad Aslam.

Calling it a revolutionary step, the medical community believes this will prove to be a game changer in Pakistan’s fight against illegal organ transplant activities across the Punjab province. This move may also cut number of patients who have to wait for years to arrange donors.

India had introduced this life-saving project after amendment to its Transplantation of Human Organs Act 2011, enabling it to perform the first swap transplant several years ago.

“Approval of swap transplant is a milestone in the organ transplant history of Pakistan, as it will enhance the organ availability for transplantation and will be a great help for patients suffering from chronic liver and kidney disease who don’t have compatible donor in their families,” P-HOTA DG Prof Asad Aslam told Dawn after attending the meeting held at the provincial health secretariat in Lahore.

Set up in 2013 as the provincial regulator, P-HOTA is the primary provincial entity responsible for oversight of the organ and stem cell transplantation, and for initiatives to increase organ donor registration and donation in Punjab.

It regulates private and public hospitals that remove, store and use human cells, organs and tissues for medical treatment, and supervise all the approvals for donations from deceased and living people.

With the approval of this facility, the DG said, an unrelated donor would be able to donate his or her organ to a recipient whose family member would in return donate one organ to another patient. He said: “This method is successful for that whose blood group does not match within the family and requires organ donation from a stranger.”

He said the P-HOTA’s new scheme also reflected the mega programme of United Kingdom Living Kidney Sharing Scheme (UKLKSS), which was launched in 2007, because many ‘difficult-to-match’ patients had friends and family who wanted to donate a kidney but weren’t a compatible match by blood group or tissue type. In 2019, Prof Aslam said, the NHS Blood and Transplant, the UK, had marked the week of World Kidney Day by hitting the 1000th kidney transplant under the UKLKSS programme.

“We are striving hard to build confidence of public on our regulations by ensuring that human tissue and organs are used for therapeutic purposes safely and ethically, and with proper consent,” the DG claimed.

In reply to a question, Prof Aslam said the evaluation committees formed at the registered public and private sector medical institutions of Punjab were empowered to assess and recommend the donations/donors for swap transplant.

A 24-hour dedicated helpline would be available to provide authentic information to the people seeking to avail transplant in legal manner, he said.