Tackling the ill of human trafficking 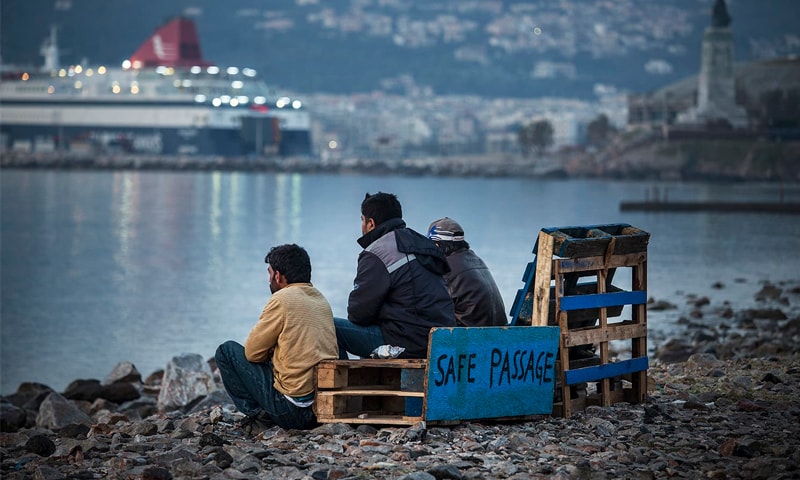 THERE were tragic deaths of at least 27 illegal migrants late last year while they were crossing from France to England as their boat sank that was carrying some 50 aboard. Equally shocking was the revelation that the international network of human traffickers also included Pakistanis. A few days later, Tunisian navy rescued 487 illegal migrants, including Pakistanis, from a boat going to Italy that had run into difficulty in rough waters.

There are numerous horrific and heart-rending accounts of illegal migrants travelling across the world through rivers, roads, mountains and deserts in torturous conditions facing heavy risks to their lives. In October 2019, as many as 39 persons attempting to enter England illegally were found dead in a refrigerated truck near London. This incident followed the disclosure later of 31 Pakistani illegal migrants hidden in a lorry during police checks on a highway in France near the Italian border. The lorry driver transporting these migrants was also arrested. He was also a Pakistani.

Human trafficking is a global issue, a multi-billion dollar organised crime, having assumed new dimensions with the onset of the Covid pandemic that has caused major unemployment, high inflation and extreme poverty in various countries.

This has made many millions of men, women and children vulnerable to trafficking. Seen in the context of Pakistan, for long it has been a country of source, transit and destination for trafficked persons and smuggling of migrants. In Pakistan, human trafficking chains are national and transnational that provide criminal service to the victims.

It is estimated that some 300,000 persons are trafficked every year from Pakistan, although there is no official data available related to human trafficking. As over one million people are added to Pakistan’s labour market each year, they look for greener pastures abroad, legally or otherwise, and, generally, end up in misery.

Sadly, the root cause of the problem is the recruiting agents and travel agencies; licensed or fake. It starts from fraud and ends up in exploitation. At every stage there is illegal activity that involves money-making. Out of 4,582 registered overseas employment promoters, as they are known, there are only 2,338 valid today. Recently, another 10 recruiting agents were deregistered and another 21 were suspended.

Currently, Pakistan is placed on the tier two watch-list for its poor handling of the issue of human trafficking. This has been the second consecutive such placement, as revealed by a recent report on trafficking in persons by the American State Department. In the words of the report: “The Government of Pakistan does not fully meet the minimum standards for the elimination of trafficking but is making significant efforts to do so”.

The statement is substantiated by facts and figures related to human trafficking in, and from, Pakistan, which shows laxity and even complicity on the part of law-enforcement agencies responsible for identifying and investigating human trafficking.

Ironically, the laws to curb human trafficking – the Prevention of Trafficking in Persons Act, 2018, and the Prevention of Smuggling of Migrants Act, 2018 – neither present an adequate mechanism nor are implemented effectively. There were 32,022 trafficking victims identified in the country in 2020 compared to 19,954 in 2019, whereas actual numbers could be much higher.

According to reports, the Pakistan embassy in Athens had dispatched in October 2019 the bodies of 20 Pakistanis who had attempted to enter Greece illegally.

It is time the authorities launched a massive crackdown against all those involved in human trafficking which is a source of embarrassment for the country.