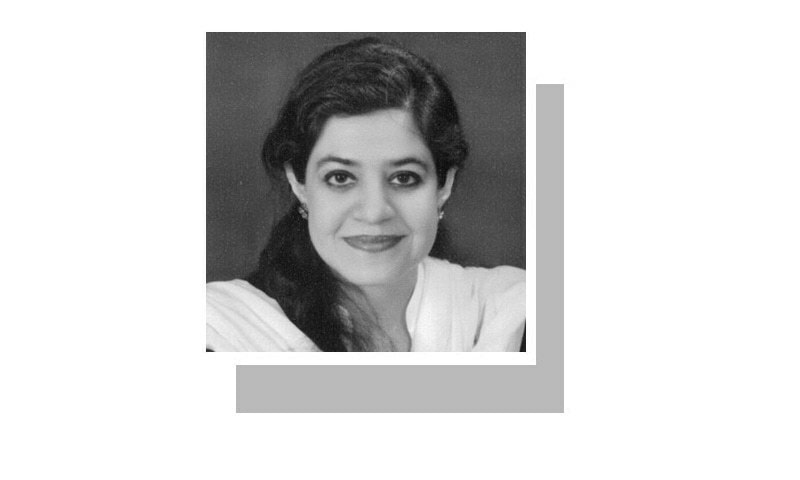 JUSTICE Ayesha Malik’s appointment as a judge of the Supreme Court of Pakistan is to be celebrated not only because she is the first female to be appointed to this office but also because she is an intelligent, competent, and quality jurist who has proved her mettle in her decade-long tenure at the Lahore High Court. However, is it also right to herald her appointment as the most important, or even the first step in enhancing women’s participation and standing in the legal profession in Pakistan? Is it truly possible for a single appointment, no matter how laudable, to magically erase the very considerable institutional, social, and cultural obstacles faced daily by women lawyers throughout the country?

One way to answer these questions is by reference to other female appointments to historically male positions. For instance, the appointment of Rahat Kaunain Hasan (twice) and Vadiyya Khalil as chairpersons Competition Commission of Pakistan, of Sadia Khan as commissioner Securities and Exchange Commission of Pakistan, of Dr Maleeha Lodhi and Abida Hussain as Pakistan’s ambassadors to the US, and of Justice Ashraf Jahan as the first female judge of the Federal Shariat Court (about which the then chief justice FSC had claimed: “I took the initiative … as it would send the message in the world that we are enlightened people and would dispel many misconceptions”). Each of these appointments represented an important breakthrough for women but there is nothing to suggest that it also automatically transformed the status of women even in the organisations in which these appointments took place.

It is of course tempting to blame the women themselves for failing to look out for their gender. However, it is very likely that if any of these incredibly capable and brilliant women were to be asked why they did not introduce policies specifically favouring women, they may say that once appointed to their positions, their first and perhaps only mandate is to fulfil their responsibilities holistically rather than for the benefit of any particular group even if related to them by gender. These women are also likely to say that despite the stature of their positions they too have faced discrimination, whether in the form of patronising comments from colleagues and even subordinates, in being held to impossible standards not expected of their male counterparts, or in being silently yet firmly excluded from centres of real power even within their organisations.

As the only female member of an historically all-male club, Justice Malik is likely to be confronted with challenges similar to those faced by all other women operating in traditionally male domains. Her oath of office, as much as the patriarchal culture prevalent at the Supreme Court, not only demands that she does justice in all matters that come before her, rather than looking out for women whether as lawyers or litigants, but also that she resists any attempts that may be made to relegate her to deciding women-centric cases or to being used as the token woman to signal Pakistan’s ‘enlightenment’ to the world and to pay lip service to gender parity in the legal profession. In treading this tight rope, Justice Malik is unlikely to be more than a distant role model for women lawyers, which whilst it inspires does not have the power, capacity, or indeed the responsibility to change their situation on the ground.

Can a single appointment, no matter how laudable, magically erase the considerable obstacles faced by women lawyers throughout the country?

Even otherwise, to expect a single judicial appointment to transform the position of women in the legal profession is to fundamentally misunderstand the reasons which hold them back. Whilst male lawyers claim that women fail to progress because they lack commitment and because they are distracted by their family obligations, women lawyers will argue that it is the unnecessarily toxic male culture of the profession rather than any lack of acumen, drive or ambition on their part, that prevents them from making their mark.

Even today there are several well-regarded litigation firms that do not hire women, and many others that employ them only for secretarial, or worse, ornamental purposes. The culture of the courts is equally discouraging. Judges often treat female lawyers as accessories to their male seniors, women lawyers mingle with their male colleagues at the cost of their reputations and encounter many obstacles even in accessing the basic amenity of a functioning washroom — sometimes because they need to obtain a key to the toilet from a remote official and always because they need to cross a corridor full of staring male lawyers or clerks to do so. Even in corporate law firms which have allowed far greater space to female lawyers, women do not make partner as easily as their male counterparts and even when they succeed in doing so, are paid a significantly smaller percentage of the profits allowed to the men.

The situation therefore can only change if women lawyers themselves take the lead and co-opt their more truly enlightened male colleagues into their cause. The Women’s Law Initiative launched nearly six years suggests that women lawyers are increasingly supporting and mentoring each other in their careers, whilst the increasing involvement of women in bar politics gives hope that mainstream bar bodies will also become more sensitive to the needs of their female members. Ultimately, these efforts must generate enough serious women lawyers that instead of waiting for an Asma Jahangir, Ashraf Jahan or Ayesha Malik to emerge every few decades, there exists a critical mass of women lawyers who can come forward and claim not only judicial appointments but also other positions of power within the profession as their right rather than as exceptions made or prizes bestowed on them by the generosity of their male counterparts.

The writer is a barrister, an advocate of the Supreme Court of Pakistan and holds a PhD in law.